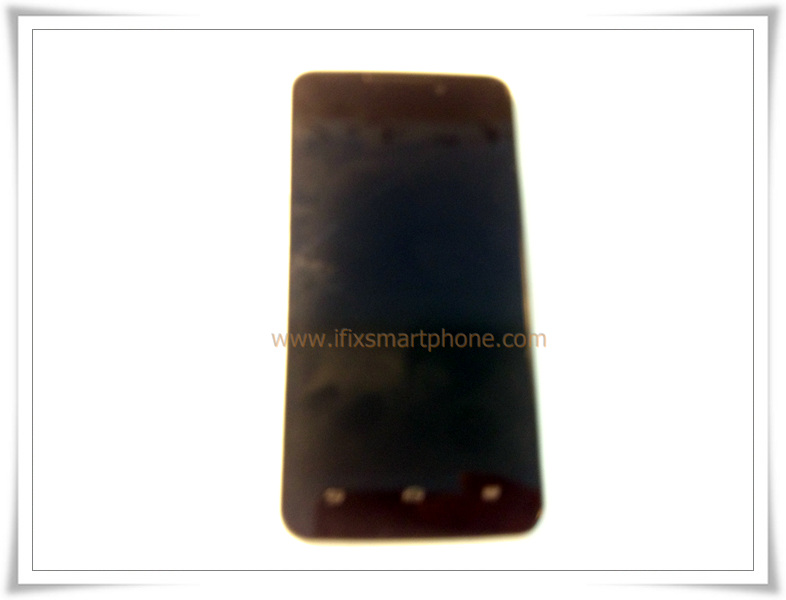 Look similar? Yes, it has very close resemblance of HTC One S. Plastic cover on top and bottom pops off without resistance. There are three philips screw (#00) and one is hiding under the sticker. Three more at the bottom. after removing six screws, the frame gets popped out from the housing. make sure to heat up to remove the volume flex from the frame. After removing connected flex cables from the board, the logic board is removed from the frame. after applying a heat around the edge of the screen, the screen comes off fairly easy. The LCD is not taped on the frame unlike HTC or Samsung does.

After this, just reverse the step back to get the screen replaced. LCD is fused to the digitizer thus it is easier to buy complete front screen assembly although the digitizer CAN be removed from the LCD. See the picture below.