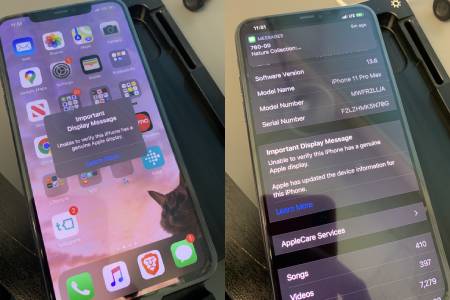 For any devices from Apple iPhone 11 and later model, you will see “unable to verify this iPhone has a genuine Apple display” message if you get after-market display units. This will not prevent from iPhone functioning but you might notice following:

Q. Would the message be disappear if I get OEM screen from other shops who claims to have OEM? They offer much lower prices.

A. Answer is NO. You will still see the message if though you get OEM, original screen replaced if you don’t do it thru Apple Authorized Repair. The iOS device has to go thru Apple Repair Calibration in order to have full functionality.

iFIX smartphone is Apple Authorized Independent Repair Provider thus we are able to service your phone with genuine parts from Apple.